Pula is among the top three most famous Adriatic destination. Home to the Roman Arena where the Pula Film Festival is held, Pula has a long tradition of winemaking, fishing and shipbuilding, serving as an administrative headquarters in the days of Roman empire.

Brijuni are a group of 14 islands knows for its scenery and the National park. Unlike any other Croatian islands, Brijuni have a Safari park. You read it well, on a Croatian island you can see an Asian elephant, Guinea’s mountain zebra and a waterbuck from Ethiopia.

Paltana uvala is a small narrow inlet almost completely surrounded by beaches, trees and houses. Visit the Banjole beach and see why Banjole have the best fishing restaurants.

Osor has moved away from its prehistoric and Roman legacy and settled for a calm, tourist spot that blossoms in summer when it hosts Osor Musical Evenings.

Orjule are two unpopulated islands - Vele and Male Orjule (Big and Small Orjule). Untouched by modern civilization and so close to each other you can swim the distance in a couple minutes, Orjule are a piece of heaven with thick forests and clear sea.

Susak is first mentioned as a battlefield between the Saracens and Venetians. Now, it’s a peaceful tourist destination where people can find out something about intriguing local clothing tradition.

On a small island of Unije lies more than 20 000 olive trees. Incredible, when you find out there are less than 100 people living on the island.

Cres old town centre is a beautiful labyrinth of tall, narrow houses and with architecture influenced by the Venetians, French and German, you’ll be surprised and amazed with almost every street.

Rabac was once a small fishing island that decided to become a popular tourist destination. And with plenty of water sports, sandy beaches, healing spa centers and summer festivals - it has succeeded.

Pomer was once all about the seashells. A shell farm was famed, strong and respected. Now, Pomer settled for a marina with 300 berths, a camp with football and volleyball fields and summer festivals.

Not exactly what you were looking for? 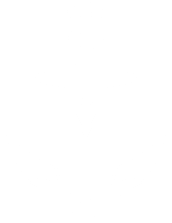 We are happy to answer
all of your questions: